President George Lesley was back in charge, leading us in an enthusiastic prayer about the gorgeous beauty of our country and our city and asking for blessings and guidance for those in the medical community. Alert Roy Shlemon led us in the Pledge. Our attendees on the patio and on Zoom heard some …

George continued with a gracious thank-letter from Michael Morrison, one of the recipients of $3,000 scholarship for the Youth of the Year from Newport Harbor High School. George also noted that we typically give ten three thousand-dollar scholarships to the Accepting the Challenge of Excellence, but this year because of COVID only five of the awardees have received the money so far because of ambiguity from the universities. Field of Honor is planned to continue, and the City needed the storage space that our flags were using, but they are letting us purchase a large storage container and keep it on the city property as a nice gesture. Ross Stewart, Jerry Nininger, and Ken DuFour are making this happen in the next few days.

was presented by Nancy Gardner, former mayor of Newport Beach, who showed great enthusiasm for telling us the details of the history of Newport Beach, from her family’s perspective. Her father, Robert Gardner, came to Newport as an 8-year old in 1920, and live on Balboa Island. Besides fishing, there were lots of horses, and the Balboa pier was a big center of activity. Swimming in the bay was not frequent, because houses discharged into the bay. Balboa was awash with alcohol from the very beginning, with the Green Dragon Bar being well-known. Her father had a job there (as a Squeeze Boy”) cleaning up. There were lots of dance bands, gambling, and slot machines. Later he worked at the Rendezvous Ballroom as a “Rope Boy” to clear the dance floor after each dance. When the mayor that time was advised of some of these activities, he was “shocked!”

If we heard correctly, Uncle Tom was Robert’s brother and got involved a bit into some of these less than legal activities, but he was acquitted and the family name lived on, unsoiled. After WWII, the veterans came back big time, but Santa Ana was a more upscale place to live than Newport Beach. The peninsula had no real good land to build on, and Balboa Island retained the financial, political, and emotional power of the City.

Nancy was born while her mother was being wheeled to the hospital, and that that coincided with an era of cultural change. This was an idyllic place in the ’50s, lots of vacant lots. Jones Beach, however, was shoulder to shoulder with people. In those days, there was not much traffic because everyone lived right here: your hairdresser, your gardener, your plumber. Between 1970-80 everyone wanted to live on the coast, and then in the 80’s the financial center came. And now, today…

The traffic will get worse, not better, and we have a legal obligation to build 5000 more living units which will make traffic worse. We can’t “engineer” our way out of it. Furthermore, people are adding rental units to back yards and this adds traffic and parking problems.

Nancy’s father was Robert Gardner, who was one of the original founders, and one of the distinguished leaders of Newport Beach when he was chairing the Amigos Viejos distinguished citizens for a couple of decades as well as a member of the Balboa Island Sculling and Punting Society. They orchestrated a boat trip to Las Vegas and a train trip to Catalina and other high jinx. It’s still a great place to live! And this concludes Nancy Gardner’s very brief “History of Newport Beach.”

Thank you, Nancy, for your creative sharing….and thanks to Jim Fournier and Craig Boardman below for looking over the preceding writeup….Editor Bob 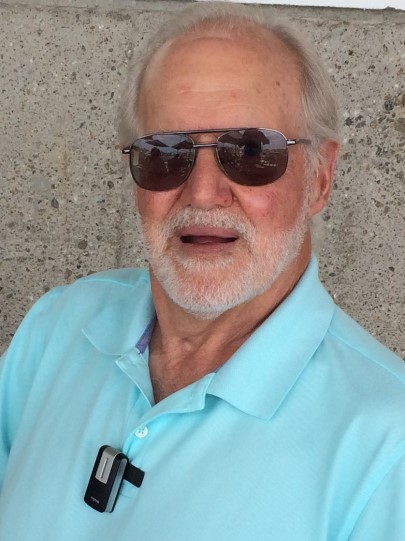 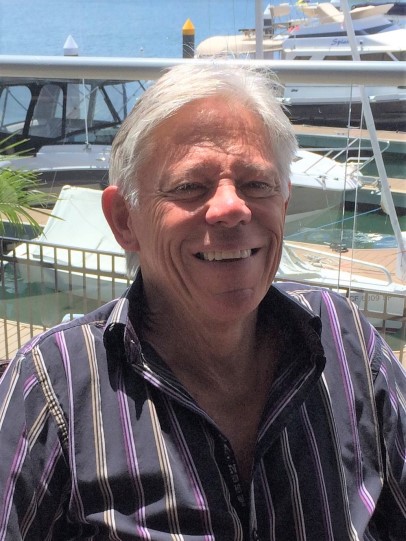 As we all try to get back to a more normal life, I would like to emphasize three things:

1. The Bahia Corinthian Yacht Club is happy to have us eat with them, consistent with the law. For a few weeks when they were permitted to serve food inside, they maintained social distancing at the tables and hope to be able to return that plan ASAP. The way we eat on the patio, we are able to have up to 20 people at 5 tables of four, and there has been a salad, followed by an entrée dish. The lunches have usually been quite excellent, and the service is superb.

2. Meals are included in your dues, as they always have been. Since you have already paid your dues, you are missing a “free lunch” if you don’t come.

3. What are the risks? While it is true that older people who are unwell have a greater risk of catching the virus, the death statistics show, especially for Orange County, VERY LOW fatality rates. Furthermore, it is evident that the mainstream media is not reporting news objectively. Additionally, there are treatments that many doctors have used that are effective. In my opinion, if you have had no symptoms, you have already HAD the virus or you are immune. We are over the peak rate now, and the risks are lower than ever. 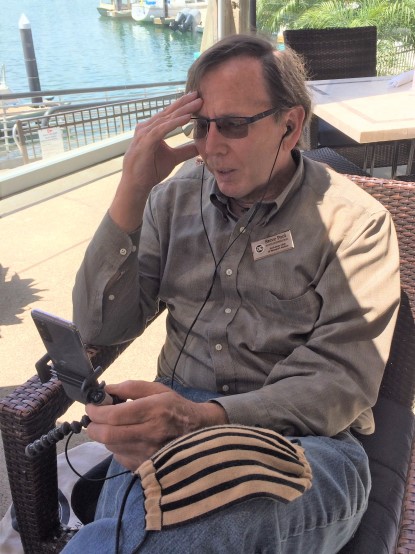 Don’t forget why you joined the Exchange Club of Newport Harbor. We do good things, support good causes, and have fun doing it. You’ll have more fun if you come to the meeting than on Zoom. Trust me! Because we must tell BCYC how many are coming, they prepare that many meals and charge us for what we tell them. If you say you are coming and don’t come, it costs us an extra meal. Therefore, we need to know whether you are coming EVERY WEEK, and so you are receiving an inquiry each week. Please let us know, the easiest way for you: text, phone, or email, but let us know EACH WEEK.