Today, we were put on the outside patio because the entire rooms upstairs were arranged for a BCYC special event. After a thoughtful and comprehensive invocation by Secretary Richard Swinney, our invocation was led by Mitch Mitchell.

By Gina Lesley for a luau with Mai Tai’s on Saturday, August 20. A signup sheet was passed, and the attendance plans look pretty good!

President Ken introduced our speaker, Marj Davis, whose words follow. I was born in Tulsa, Oklahoma, When I was six years old my father ...an electrical contractor... was killed in a high voltage electrical accident, so my mother and I moved to Santa Paula, CA to be near the in-laws. I went to a small Christian college in Ventura, attended UCLA.

I was able to get a job as a secretary at a manufacturing company in East Los Angeles that manufactured wire, cable and copper tubing. They hired me because I was so cheap at my age. At the plant I went to work for was 300 employees and my boss was the “General Manager.” Everything had to go through his office. He spent most of his time at the Jonathan Club downtown playing cards and drinking Martinis. My desk was at the other end with an electric typewriter, a conference table and there was a door and I had to get up and open that door and let them in. Well, I was so naive that I didn’t realize that everyone in the plant were disgusted with me because I had the top job and I was so young, but they were nice to me ... they had to be because I worked directly for the boss! 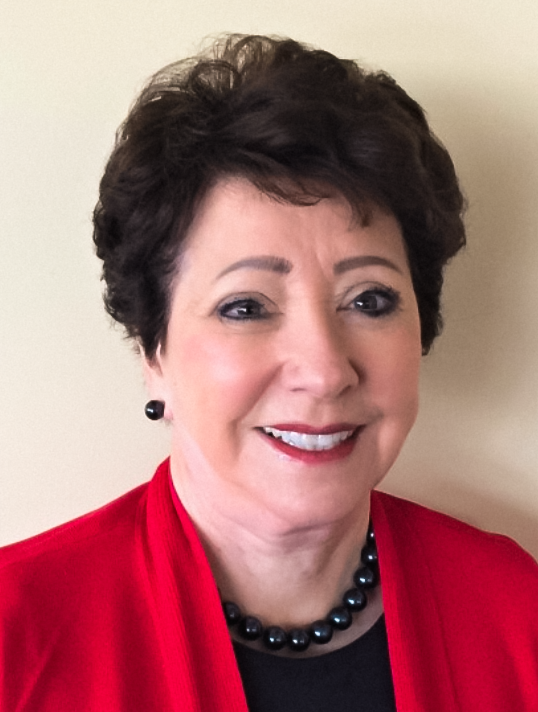 After five years I concluded I was going no place so I decided to get a real estate license. I went to downtown Los Angeles and no one would hire me, because “that’s a man’s job.” I decided I didn’t want to go into residential, because in residential you have to work nights and weekends to get loans. So I looked around and I found a company in East L.A. (Grubb and Ellis) asked for a job, and he said, “Women don’t go into the industrial real estate business.” Well, I kept talking to him...sales lady for you. I said if you pay me 500 dollars a month, at the end of the year, I’ll pay you back the $6000 if I don’t sell that much. Finally he said, “OK, I’ll give you a chance.” I immediately in two months went downtown on Figueroa street to Felix Chevrolet and bought a brand-new Impala Chevrolet. If I’m a real estate lady, I’m going to sell investments and I need a new car. About two months later, I’m driving home, and a young kid hit me in the rear end, messed up the bumper on my car. I went to a doctor, they asked me what was wrong, and I told him, I said “All I need is a piece of paper so the insurance company will fix my car.” We started talking and he asked me what I did and I said, “I sell industrial real estate investments.” He said, “Well that’s interesting...I’m with five doctors in Beverly Hills and we make various investments. The man that handles our investments is in Beverley Hills...Dr. Yellin...here’s his phone number.” Well, I started suggesting investments to them and in six months I sold them an investment and in 1961 I made a $50,000 commission, so, I’m off and running. When the escrow closed, I went downtown to South Spring Street and I picked up the check. I brought it back over to our office. I walked down the hallway and into my boss’ office. I sat on his desk and said, “I just got a check for $50,000.” He jumped up from his desk, came around, and shook my hand. “Congratulations,” he said. “I never would have dreamed that you could have done that.” So I backed up and I looked at him and said, You know, we agreed on the 60/40 split, so at 60% of the $50,000, you could deduct the advance that you’ve been giving me, OR...I could be your partner. He turned around and said, “It’s a done deal.” I don’t know whether he just wanted to close this transaction or I was going to be his partner. I backed out, was shaking my head, should I go back and ask him what he meant...well maybe I’d better not. So, two days later I got a check for $30,000. Three weeks later he came in and said, “We have an appointment with an attorney. I’ll be your partner.” So, in 1961 he and I became partners for 33 years and started building a company. He was a really interesting fellow. He had served in WWII and fought with Patton. So, it was really interesting that he gave me a chance because there were no women selling industrial properties then.

At that time the State of California was going to computerized manufacturing with new rules regarding ground contamination. We heard about a 400,000 square foot building. We got it at a good price. Then we went over to South Gate and bought the Pacific Press Property and they had a big underground vat that had a lot of glue in it. Well, that glue seeped out of that vat to the water table, so that was a very distressed property. We bought that, rehabbed the building, remediated the land. We understood that they were interested in building an airport near Ontario, so we bought a lot of land.

In 1969 I served as a Director for the California Real Estate Association and traveled up to Sacramento quite a bit to report on real estate issues for the state of California. I was a member of the Los Angeles Board of Realtors, and we had 5,000 members, and I was selected as the Realtor of the Year and I got another honor from the State as one of the top ten realtors across the United States. Many of our clients had become multi-millionaires. After 53 years, I sold the company and its 40 employees.

In 1969 Ted and I married. Most of you know our son who passed away four years ago, and Ted passed away two years prior to that. When our son was born, I hired a nannie who stayed with us for 22 years. After our son went to college, she took care of Ted and me. Teddy had a heart attack at 44 years old. Both Ted and Teddy are buried at an Indian Burial Ground in Harbor Cove.

In 1970 after Ted and I married, we started traveling for 43 years. A lot of countries and a lot of pictures. We started taking our son...he was ten years old...we took him until he was twenty and he said, “I’ve had enough” and he went to college, so we started taking our son in law. I want to say that some of the trips that we had were worth more than any money could ever buy, and the experiences we had were just...unbelievable! India, Africa, Australia...some of them several times and enjoyed every trip.

I joined the Club here at the BCYC, have a Duffy power boat. Wally Ziglar brought us into the Exchange Club here. I play golf on Tuesdays at Ben Brown’s Golf Course, attend the Methodist Church in Corona del Mar, 63-year member of the American Business Women’s Association, member of PEO, volunteer at Oasis Sailing Association, Tustin Area Women’s Club. In this (BCYC) club I’ve interacted with the officers the last couple of years. I’m 86 years old, in excellent health, so who knows what I’m going to do with the rest of my life? I really appreciate your friendships, so thank you very much.

This week we will be at the Bahia Corinthian Yacht
Club. Lunch will be served at 12:20 p.m. You will be
emailed an invitation two days before the meeting.
Please notify Richard Swinney immediately if you are planning on attending.