President Mike got us started with calling on Roger Summers for an invocation, followed by Gail Demmer leading us in the Pledge of Allegiance.

Jeff Yeargain shored his perspective on the COVID situation. Right now there is no room at Hoag unless you have severe symptoms. He urged us to wash hands frequently.

Leo Fracalosy arrived from Hoag where his wife Carol is trying to survive a series of illnesses. They have been together for 48 years, and the restrictions of her esophagus are part of her problems.

The photo shows Carol with Dennie Schapiro from the installation dinner. Dennie will also be having surgical treatments. Leo’s son Jeff joined us for our meeting. (We just learned that Carol passed on Saturday night.)

President Mike read a nice letter congratulating our Club on the occasion of its 65th anniversary from its founding in 1957. Mike noted that we were really founded in 1926, but took some time off during the war, and were officially refounded in ’57.

Football payoffs by Mike resulted in Wally Ziglar getting $3 for low man a couple of weeks ago. This week, Mitch won second place and Ed Romeo and Jeff Yeargain were tied for for first place, but the tiebreaker gave it to Ed, with Jeff getting $10 as well.

Bob Kinton announced that Bob Washer has been in the hospital and is not very strong, is probably not going to be able to come to our meetings, at least for a while. (We just learned that Bob died peacefully last Friday night with his four sons present. More later ) 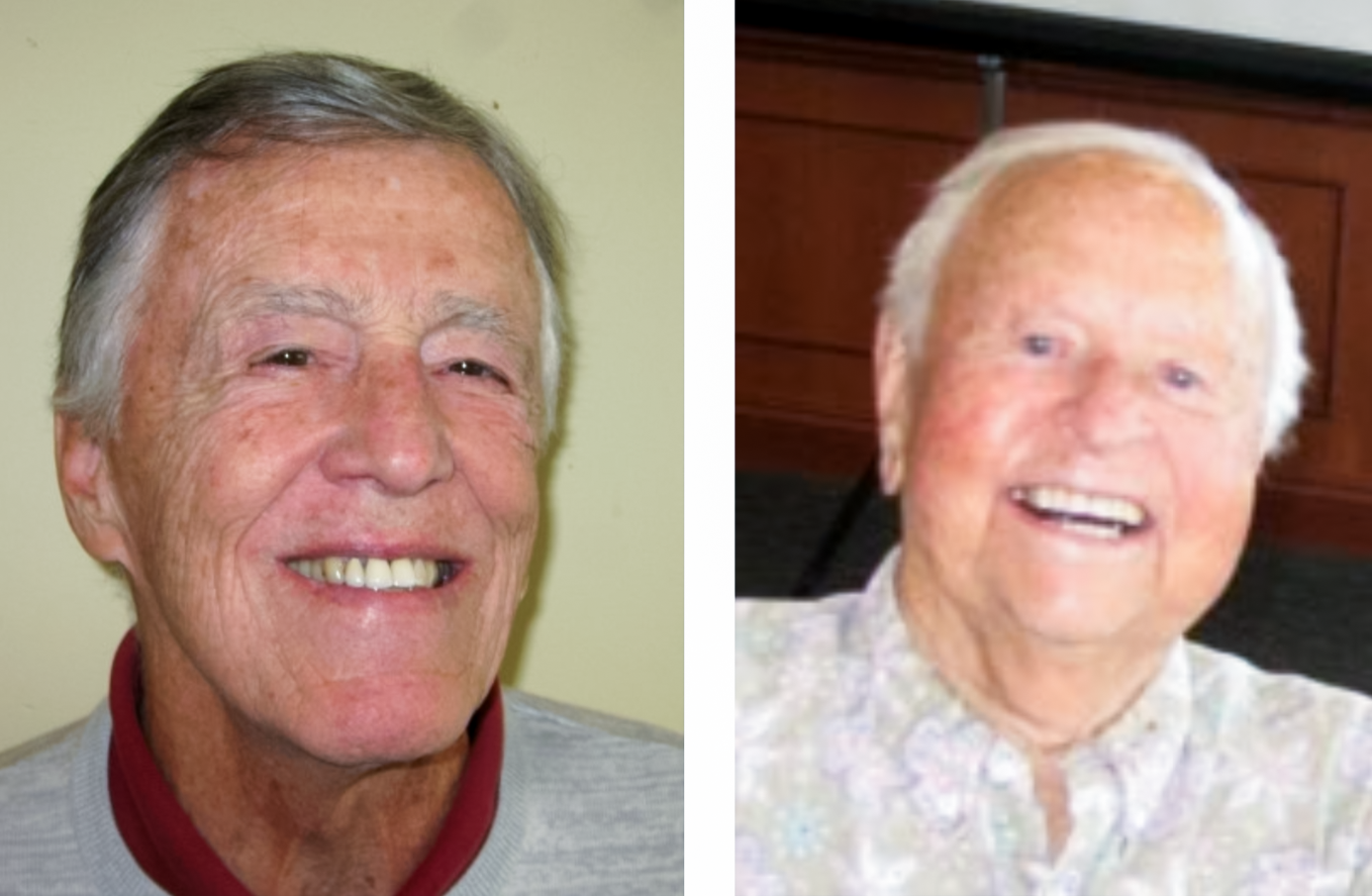 Newport Beach Police Chief Jon Lewis, who was introduced by Past President George Lesley. Jon was presented with a check for $2000 for Newport Beach Police Foundation for the benefit of the Randy Parker family. Randy had been working a drug case when he suddenly died and left behind a wife and two 11-year old twins. Chief Lewis is very grateful for our contribution to the family.

Jon expressed appreciation for being an Honorary member of our club, receiving the Spindrift regularly, so he knows about the good work that we do. He showed us the latest video describing the work of the NB Police Department and showing how the 258 members function to serve us. There are 231 full time employees, of whom 148 are sworn, 84 are civilian, and in addition 27 are part time. Also, there are 53 volunteers, of whom 29 are Police volunteers, and 24 are Police Explorers.
One way to try to measure the effectiveness of the Police is the call answer times for 911 calls. It turns out that 98.5% of the 911 calls are answered in 10 seconds or less (three rings of the phone). Moreover, for those calls that resulted in Priority 1 (such as residential burglaries, with “lights and sirens”) the response time averages two minutes and fifty-five seconds before the police arrive! The overall demand results in about 280 events per day.

The Chief of Police must keep three responsibilities in his mind at all times: his relationships to the Police Department which he “runs”) to the city government, and to the community, each of which will affect the Chief’s focus and actions. Right now there are eight action topics on Jon’s desk: crime strategies, homelessness, recruiting, succession planning, traffic safety, legislation and policing in the age of COVID.
He gave examples of the kind of questions he gets: “Is it true that you have a plan to remove all the stop signs in Corona del Mar? Nobody stops for them anyway.”

During the Q and A, Jon got a question of how the police are instructed to handle the “smash and grab” assaults with only one or two officers present. Answer: we must respond, catching as many as we can with an orderly approach. On the question of marijuana use, he noted that, unlike alcohol, where >0,08% is an understood rigorous number, the officers must show use that it is impairing the driving skills. Illegal use of prescription meds are also important issues. 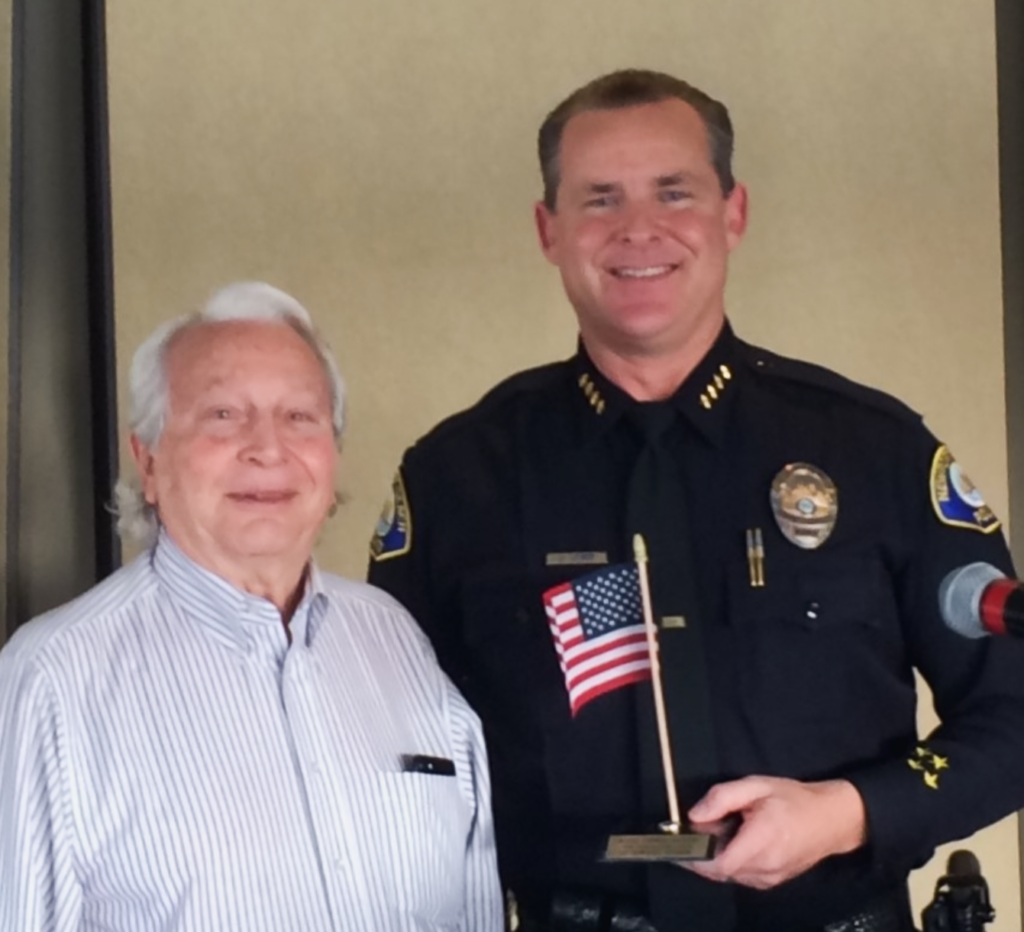 Thank you, Honorary member Jon Lewis, for sharing with us the inner workings of the mind of the Chief of Police. We are proud of our relationships with the Newport Beach Police Department and its members. 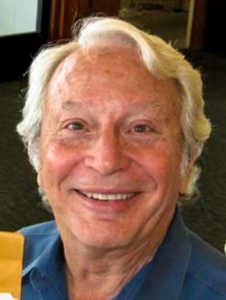 Jan 27  - Mike Getting, “Everything you need to know
about football.”

This week we will be at Bahia Corinthia Yacht Club. Meeting starts about noon. You will be emailed an invitation two days before the meeting. Please notify Richard Swinney by this Wed 2 PM if you are planning on attending.