The invocation was given by Ken DuFour, who encouraged us to think of Dave Schapiro’s wife Dennie as she battles cancer. Bob Wood led the Pledge of Allegiance to our great country.

George Lesley (the Czar of the Past Presidents) announced that at noon a week from Saturday, (March 19) at his home, he will be hosting a meeting of the active Past Presidents for the purpose of nominating the Board for next year.

VP Mitch Mitchell introduced Tom Gazsi, Chief of Los Angeles Port Police. He spoke on “How the Busiest Container Port in North America Operates,” and it was fascinating. Tom was in Newport Beach PD for 32 years, then Costa Mesa Police Chief. He is also a radio/ham operator and loves what he does. He has two daughters, coming back from college. 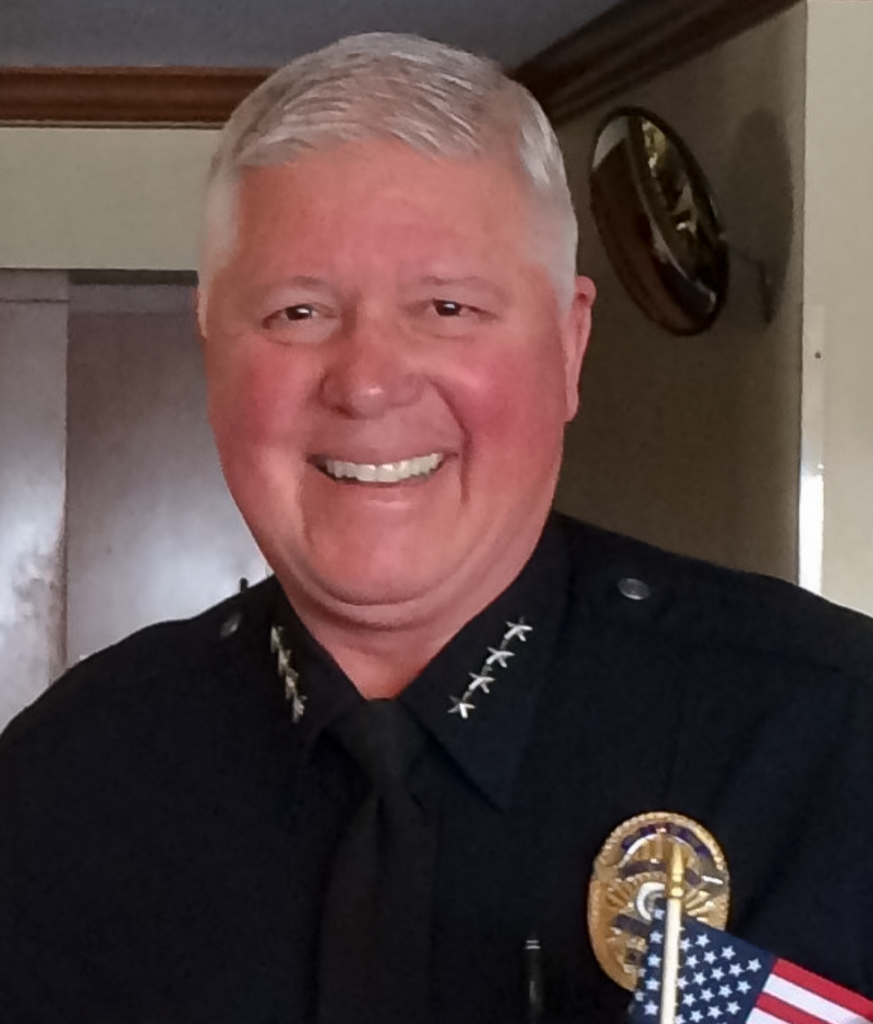 Forty percent of the commerce coming into this country comes through the Port of Los Angeles. Forty-three linear miles of waterway. Many of these folks are still unemployed because they are making more than they would be as truckers or warehouse workers. So, when you see the supply chain from Los Angeles, it runs all the way across the country to Chicago. Volumes are up 50% higher than normal. Because of COVID, we are spending money on remodeling, electronics, appliances, home gyms, a host of other things. Interest rates, are at an all-time low, so people are leveraging that, borrowing money. About 80% of the product comes from China..”

Another thing that is occurring in CA is that there’s a restriction on trucks. The state and Federal government would like for us to believe that by 2035 there’ll be a zero- emission vehicle. I personally don’t believe that’s achievable. I love zero emission.

You have seen some press about Russian ships not being allowed into LA. There is some truth to that. It will probably be a very difficult, protracted thing for many months. All of us are sensitized to the fuel prices but we hope it doesn’t go back to the late 70’s; remember the gas lines?

So, I work for the City of Los Angeles. We have 250 personnel in port police, specifically for the waterways. We are close to the FBI, US Coast Guard checking for inspections, destructive devices, and a host of other things. We have about 125 cruise ships through the Port annually. Our teams search the bottoms of all these ships to ensure that the controls are functioning properly, and that our cruise ships can transit to international waters safely.

How about smugglers? Most of the cases we work are informant cases, where we get a tip. We use narcotic detecting canines along with their federal partners. Every one of our ships, boats, police cars has a radiological detection device on it.

What about the freight car robbery along the railroad tracks? That’s way up north of us, occurring when the cars are slow and the train is idling. There’s criminal groups that wait for the trains to slow, park and stop and they hit the cars randomly. They don’t know what’s in the car.
Is it getting better, your lack of drivers?

Yes, it is. There are folks coming off unemployment, the stimulus has run out. The truck drivers are getting better. Some are able to buy a $250K rig instead of the polluting $75K ones. Not a trivial expense to upgrade for the smaller truckers.

How does your interaction with Long Beach work? We work seamlessly together even though we have slightly different models for policing.

Can the truckers make appointments to pick up? If they can make two or three runs per day, they make a profit, so with only one container they are probably taking a
loss. So, an appointment system is needed.

Can you speak to human trafficking in the port? Occasionally we would get stow-aways in a container. But that’s a really difficult thing to pull off. The bottom line is that it’s just easier to come in illegally.

Could you explain in a little more detail what the divers do? We have 20 police officers who are commercial divers. They do everything from inspection of the terminals weekly looking for anomalies a container that might have fallen off of a ship.

Are the divers just swimming underneath? We use side scanning sonar. We pull that through the harbor. The sonar is signaling (high resolution, very accurate) and it allows us to see if there is something on the bottom of the channels. We recover automobiles, refrigerators, containers, with some degree of regularity. We have an airplane accident about once a year and use the sonar to locate the position of the aircraft remains.

How many ships are out there waiting to dock? Answer: 50 to 100. How do you schedule them? There is an entity called the Marine Exchange much like Air Traffic control for LAX.

In 2014 we built the first cyber operations center, which protects the Harbor specifically. Prior to the pandemic, we were experiencing about 10 million intrusion attempts monthly.
Thank you, Tom, for this great talk! -Ed.

Mar 24  - The Priority Center will be speaking

This week we will be at Newport Rib Company. Lunch Pres. Mike Gertner will be served at 12:15 pm. You will be emailed an invitation two days before the meeting. Please notify Richard Swinney by this Wed 2 PM if you are planning on attending. Please plan on coming! Low attendance costs more!