We met this time downstairs at the Newport Beach Yacht Club, with President Ken starting us with an invocation, which includ- ed the idea that we might want to give Marj Collins a call to let her know that we are thinking of her, and she might want to hear a “Hi!” Ross Stewart led us in the Pledge.

Jeff Yeargain is recovering nicely from his recent illness. Football Commissioner Mike Gertner announced the results of Week 7. Frequent winner Michael Call managed to get low this week with only 6 right. The top two were Ed Romeo tied with Gail Demmer, but Ed got the tie breaker. Ed “claims” that he just circles one side or the other to be a regular winner.

Seymour Beek was the only birthday member to get the special cake. Others who missed the birthday celebration included Leo Fracalosy, Marcel Pahmer and Marj Collins.

For today was to hear from three Newport Beach citizens on the ballot for City Council members. Robyn Grant, shown here began by defining District 4 as the physical region she repre- 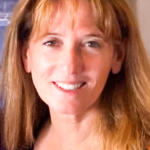 sents, more or less running along Jamboree on the East side of the bay. Each District has about 11,000 residents. She has lived 35 years in Newport Beach, lived in her District over 20 years, and been married to the same man for 30 years. They have one daughter and a stepson. She and her husband came from large families and are very family oriented. She is on the Board of Speak Up Newport. Her most recent Board that she is on is “Friends of Newport Beach Animal Shelter,” something she is very proud of. A very small board, during the pandemic, they accomplished something very incredible. They raised enough money to build a state-of-the-art animal shelter, which they will give to the City to be operated by the police department. When elected, she will represent the city, not just her district. She is running unopposed when her competitor decided to support her. Robyn was trained as a lawyer, taught business law working with police and fire departments. Her Newport Beach experience involved the library Board of Trustees, police and safety. Listed as a Republican, she wants everyone who lives in Newport Beach to feel safe. The City Council serves at the will of the residents and owes a duty to respectfully consider and diligently respond to resident concerns to achieve fair and inclusive representation. Sometimes requires one-on-one meetings, sometimes extensive public outreach, but always a resolute, thoughtful approach to get issues properly and efficiently. Leading starts with listening. 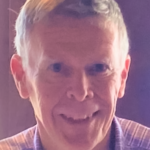 generally the West side Jim Mosher, shown here, represents District 3, which is generally the West side Jim Mosher, shown here, represents District 3, which is generally the West side of the Back Bay. Jim was born in Santa Monica, moved to West LA. Never been married, has loved nieces and nephews, grew up in Newport Beach. Jim has a physics degree from Cal Tech and answered the question of how this degree prepares him to be a Council member, by looking at facts that might contradict the hypothesis. Council members should not only have inquiring minds but also the flexibility to change their minds. Jim Mosher.com summarizes his reputation as a watchdog over the years, feeling his obligation is to represent ALL of the citizens. He has lived here for 42 years and has been going regularly to Council meetings. Some Council members have the reputation that they are wiser than another. Jim Mosher assures us that he does not see himself as “all wise”. He is totally non-partisan, not running as a member of any political party. Not all promises can be delivered. He has a reputation for being a “watchdog”. He is particularly aware of prior decisions made by the Council which have been subsequently ignored for convenience, using curbside pickup as an example. Another example would be fractional ownership ofresidential property, or the total absence of a printed copy of our current General Plan. He believes we should be “more welcoming” to citizens to express their views. He agrees with our land use policies that precluded building a 25-story Ritz Carlton.

Amy Peters, shown here, represents District 3 as well, and therefore is running against Jim Mosher above. Amy was born in Chicago, came here in 1979, went to Kaiser, Ensign, and 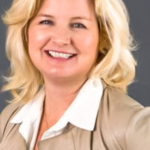 graduated from Newport Harbor. Her sister went on to Stanford as a valedictorian. Her kids participated in the Balboa Island Yacht Club. Balboa Island will always have a special place in her heart because of all the friendships she made. She grew up working, loves our city, knew Seymour Beek a long time ago. She is in the process of getting her real estate license. Her kids are all on the East coast. For a while, she lived near San Francisco and when she moved here, all the clothes were long-sleeved. When you’ve been raised here, you don’t realize how lucky you’ve been with the weather we have. She started their business during the shut-down in 2020, all the small businesses were closed. She obtained relationships with local banks. She has personally had relationship with a sober living home across her street. That did not turn into sober living home because at that time our City was fighting legislation regarding those homes. Now we have a lovely family with two small children living there. These are not good for our community; we need to come up with another solution, and I’m going to help find those solutions. Two cars were recently stolen in Newport Beach, and when I’m talking to residents, people say, “Lock your doors.” I want to make my fellow residents and neighbors feel safe in this city. We should ask our police to enforce the law or hire more police if they are short-handed. Our police don’t want to live in Newport Beach. Her favorite thing that we do is the Field of Honor, and she didn’t realize all the other fabulous things that we
do.

Thank you, three candidates, for sharing your thoughts personally with our Club. Apologies for the poor photo of Jim. .
Editor Bob Wood

This week we will be at the Bahia Conithian Yacht Club. Pres. Ken DuFour Lunch will be served at 12:20 pm. You will be emailed an invitation two days before the meeting. Please notify Richard Swinney by this Wed 2 PM if you are planning on attending. 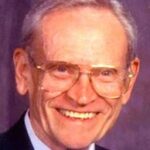