LUNCHEON / ZOOM MEETING
We’re back at the BCYC with our regular routine – the American Flag, everyone seated, a lectern, and a micro-phone all working fine. In addition, Richard and Steve Pool made sure that it was also Zoomed. President George Lesley called on Ken DuFour for an invocation, which gave special tribute to recently passed member Tom Naughton and our love for wife Jean. 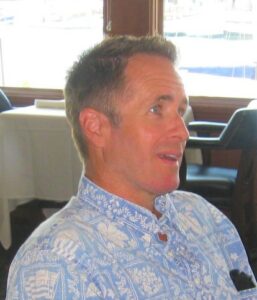 ANNOUNCEMENTS
Guests introduced were Kirk Summers, guest of Roger Summers, and Nathan Mattson, guest of Mitch Mitchell, both shown here. Mike Gertner announced that there was enthusiasm for resuming the football pool, and he described the rules: three bucks to enter, circle the winners, be sure and put on both your name and the tiebreaker score. Club gets 40%, members get 60%, with low man getting the money back; payoff for first and second place each week.

Past President Jim Fournier noted that the Yachtsman’s Luncheon, a long-time group in the Newport Harbor area, has resumed their monthly meetings at the Balboa Yacht Club (on the corner of Jamboree and Bayside Drive) with the next one scheduled for Wednesday, October 14 at noon.

PROGRAM
President George introduced our speaker, our Mayor of Newport Beach, Will O’Neill, by noting that this was the first time that a mayor had been on the ballot for two successive elections, something even he didn’t know.

Mayor Will was beautifully prepared to give us his opinions on the dozen propositions we are facing on the ballot this year. He noted that the ballots will be coming in the mail this coming week and that our mutual friend John Moorlach has said that his philosophy is to vote “no” whenever in doubt, and especially on bond issues. So, here are comments on each of the propositions by our member Will:

Proposition 15. Increase property taxes over $10 billion on commercial properties only. He’s voting NO.

Proposition 17. Restores voting rights to those who have completed their prison terms. He’s voting NO.

Proposition 19. Changes tax base on residential property. Very complicated legislation because it also deals with losses of properties by fire, age status, and transfers to family members. He’s voting NO.

Proposition 22. Would exempt drivers for app-based services such as Uber, Lyft, and DoorDash from employee classification rules now in effect with AB5. He’s voting NO. (Note by Editor Bob: my stepdaughter is an Uber driver, also with an optician job, and strongly feels that her freedom to select work times would vanish, so she is voting YES in order to not become an employee.

Proposition 23. Changes the rules for kidney dialysis procedures. Quite complex. He’s voting NO.

Proposition 25. Approves or rejects an existing law that abolished cash bail and replaced it with judicial assessments of age, flight risk, and societal risk. He’s voting NO, thereby rejecting the existing law and returning to the cash bail system.

Thank you, Mayor Will, for sharing with us your thoughtful views on the voting choices pending.

WELCOME BACK
to Al Wach shown below, sitting next to Buddy Ryan also shown. 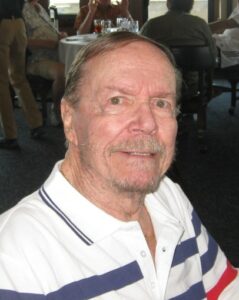 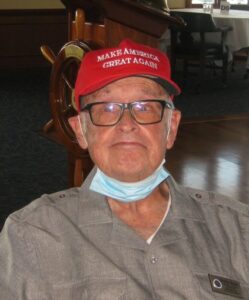 And also we welcome everyone back to the indoor lunches at the BCYC. This next week we will plan on having, besides the football raffle, the door ticket raffle returning with 50-50 payoff each day. One dollar a ticket, payouts depend on participation.

We will still be having individually served meals, and we need to know if you are coming. Please let Secretary Richard or Treasurer Bob know.