Ken DuFour opened. Gail Demmer prayed for the royal family as they mourn the loss of Queen Elizabeth, those agonizing in Ukraine, and those suffering from illness, loss of loved ones, or loneliness. Roger Shlemon led the pledge.

Mike Gertner announced football pool results. Shirley Lashmett, Garry Tewinkle, and Jeff Yeargain competed for low man. Garry was furthest from the tie breaker number and prevailed. Joe Brown and Ed Romeo finished first and second, respectively. Notably, Joe picked 18 of 20 winners, probably the highest number of
correct picks in the history of the pool. Shirley reminded everyone to purchase Reverse Raffle tickets. Tickets are $110 with a chance to win $5,000 and 16 other payouts. 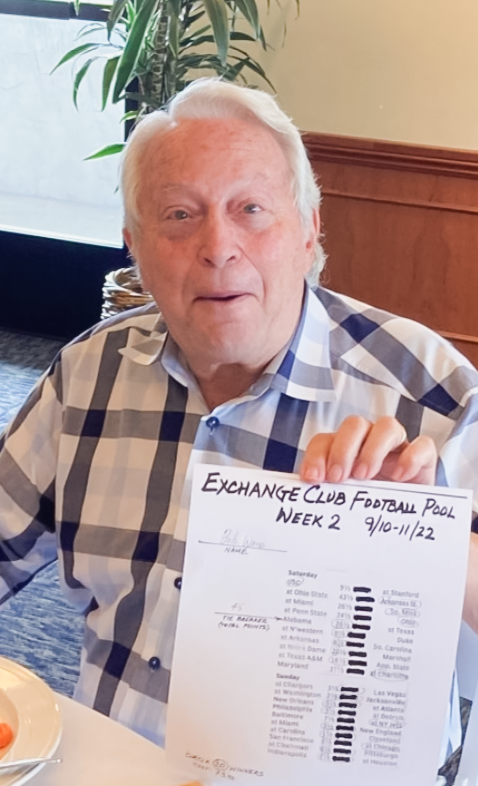 Diane Daruty introduced Tom Johnson, owner and publisher of Stu News Newport. Tom has a lengthy list of career accomplishments (including publisher of Daily Pilot from 1991-2008), tremendous community involvement (multiple chairman and board positions), and many awards (such as citizen of the year for Newport and Costa Mesa and OC Press Club’s lifetime achievement award). Tom was bashful about the lengthy introduction, noting Seymour Beek’s list of achievements is twice as long.

Tom desired a career in media from a young age. He originally aimed to be in sports radio or television but ended up working with newspapers. In 1991, Tom joined the struggling Daily Pilot which by 1993 was teetering on bankruptcy. He floated the rumor the Pilot was being purchased, sparking multiple bids. The Tribune Company (owner of LA Times) had the best offer and paid $11 million for a paper Tom described as “worth nothing.”

Tom assumed leadership and made the Pilot into an exceptional publication. It won numerous awards including for General Excellence, the highest award presented by the California Newspaper Publisher Association. Tom chuckled about a feature it introduced called Newport Mesa’s Top 100 Most Influential. Staff took some liberties in determining this ranking. One year, Leigh Steinberg had a DUI with a .21 blood alcohol level and was placed number 21 on the ranking. Tom was stunned by how popular the dubious Top 100 became. The year Steve Bromberg was mayor, during the Mayor’s Dinner, Bromberg’s ranking was referenced in his introduction. Despite its success, by 2008, LA Times sought to lay off multiple people, including a long-term female employee who earned a small salary and a gentleman in landscaping. Tom negotiated a buyout of his contract which maintained their employment.

About six years ago, the owners of Stu News Laguna approached Tom about starting Stu News Newport. Initially, he was hesitant. But, in September 2016, when the Pilot announced it was expanding coverage to Huntington, Laguna, and other other cities, Tom committed to make StuNewsNewport.com our local news source. He recruited his list of email address holders as subscribers and has grown subscribers to 40,000. Recently, Tom also became a partner in Stu News Laguna after the passing of its founder, Stu Staffer. 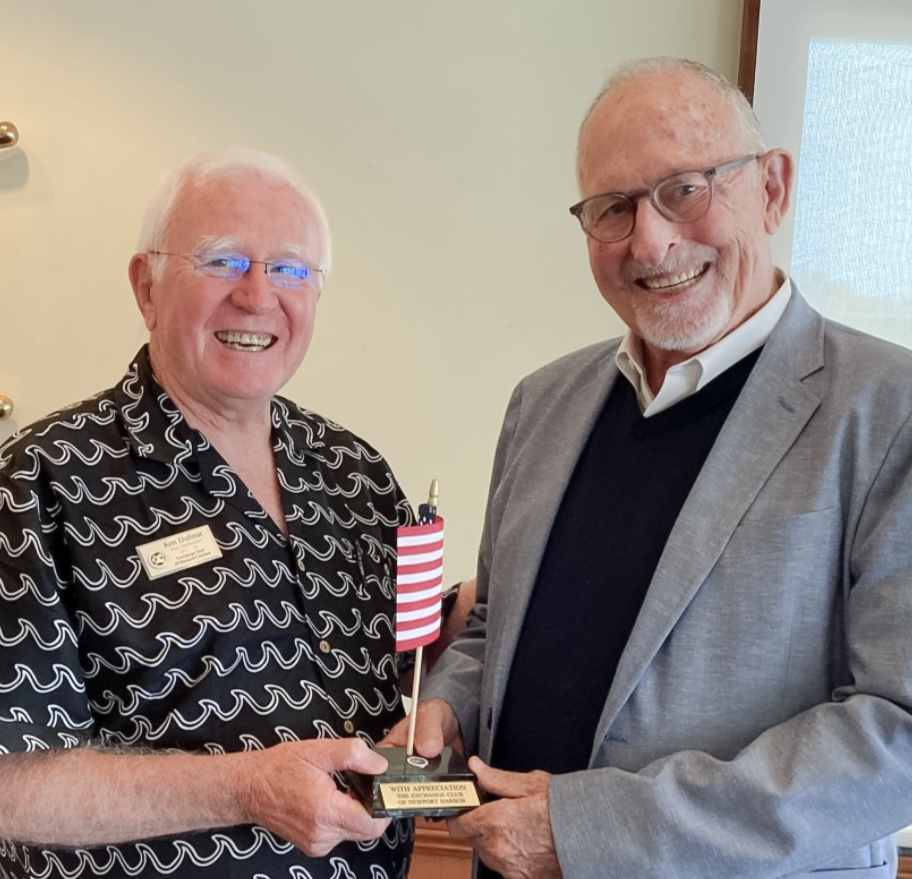 The Stu News platforms have morphed into more than Tom ever hoped. His work is challenging and fun. He’s extremely active in the community amassing scoops for his Tuesday and Friday columns for each publication. His columns are inspired by Herb Caen, a San Francisco Chronicle journalist Tom enjoyed reading when he was growing up in Pleasanton. Caen’s humorous column was filled with local developments, insider gossip, and social and political goings-on.

Tom credited his partners and the staff at Stu News for its success. Lana Johnson, his ex-wife, best friend, and mother of his child, is his business partner and performs a critical role. She organizes the stories and handles much of the detailed work freeing Tom to be in the community. Shaena Stabler is another partner who handles ad sales. Stu News has writers including Nancy Gardiner, Amy Senk, Duncan Forgey, and a few others.

Tom has several goals for Stu News; the first, to be a community watchdog. Recently, he reported a council member was caught drinking on the dais during a council meeting. Tom learned the watchdog principle from his time with the Pilot. In the early 1990s, the Pilot uncovered the Utilities Director for Newport, Bob Dixon, embezzled more than $1.8 million. After serving time, the Pilot tracked him to Berkeley and found him “handling” the books for a non-profit. The Pilot also reported NMUSD finance officer, Steve Wagner, embezzled $3.7 million.

A second goal is for Stu News to be a community forum. Citizens may submit guest columns, letters to the editor, or otherwise give input to Tom for publication. A third goal is to be a reservoir of local information. Stu News publishes recent crimes, calendars with upcoming school events, art exhibits, fundraisers, etc., and more. Finally, Tom wants Stu News to be a community cheerleader. For example, during Christmas-time a few years ago, a young couple with children moved to Newport for a job opportunity. Tragically, the offer was rescinded leaving them without housing or money. Stu News told their story, and the community responded with a car, six month’s rent, a Christmas tree, and Christmas gifts for the kids.

Work at Stu News isn’t always pleasant or easy. Tom isn’t afraid to write the full story, even if negative. This often results in push back or a request not to publish, neither of which influence him.
Tom works every day and the pace of his work is swift. Each Friday, he begins receiving input for Tuesday’s edition, the first item being Grace Leung’s column for editing. Saturday, Tom assembles school calendars and other minutia and begins writing stories and assembling ideas for his columns. Sunday, Tom and Lana review police files to gather local arrests, including DUIs, break ins, etc. Monday is jam packed as they continue to receive information and finalize the Tuesday edition. That evening Lana sends the final file to the web designer who publishes it Tuesday morning. Tuesday the process repeats. 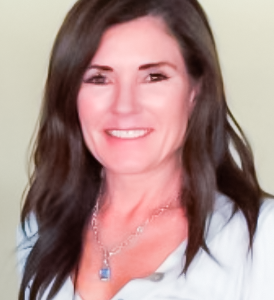