There were 26 members who attend- ed lunch at the Bahia Corinthian Yacht Club, presided by President Mike Gertner, who was welcomed back after a 2-week hiatus. Leo Fracalosy offered a prayer for the 13 servicemen who gave their lives in Kabul during the withdrawal process in Afghanistan; Jerry Nininger then led us in the flag salute.

Pres-Elect Ken Dufour reported that Shirley Lashmett presided over the CA/NV Exchange District meeting, the main thrust of which was to increase membership. At the meeting, Richard Swinney was the much deserved recipient of the 2021 CA/NV District All-American Volunteer of the Year Award, for all the good things he has done for our Exchange Club, including but not limited to having been Past-President, current Secretary, Chair of our Investment Committee, member of our Budget Committee, Chair of the Field of Honor Committee, etc.,etc. Immediate Past President George Lesley, who was in attendance, accepted the award in his stead. 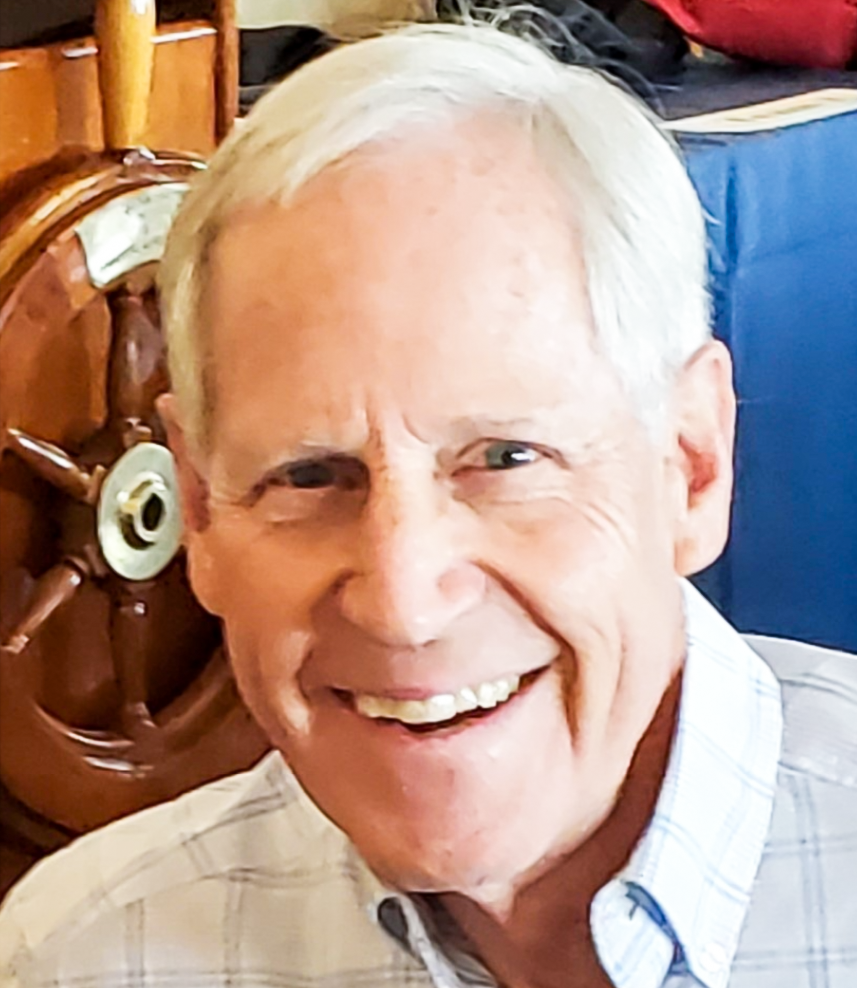 Cynthia and Kurt Strasmann have graciously offered their home for this year’s Christmas Get-Together. It will be held either on 12/10 or 12/11. Stay tuned for exact date, time and details....Deane Bottorf’s Celebration of Life will be held at the Bahia Corinthian Yacht Club on Sunday, 9/19, between 12 noon and 2pm. Those of you who can make it should plan on attending in his honor.

Our own Cynthia Strasmann was our featured speaker this week, and gave us an update on the Youth Programs, which she has been overseeing. With respect to the A.C.E. Program, 7 of the 10 scholarship awards have already been funded; the other 3 are planning on matriculating in the spring. She mentioned also that John Fornes, who previously committed to donating $4,000 to assist 4 of the student recipients in their pursuit of nursing degrees, has increased his contribution to $8,000. 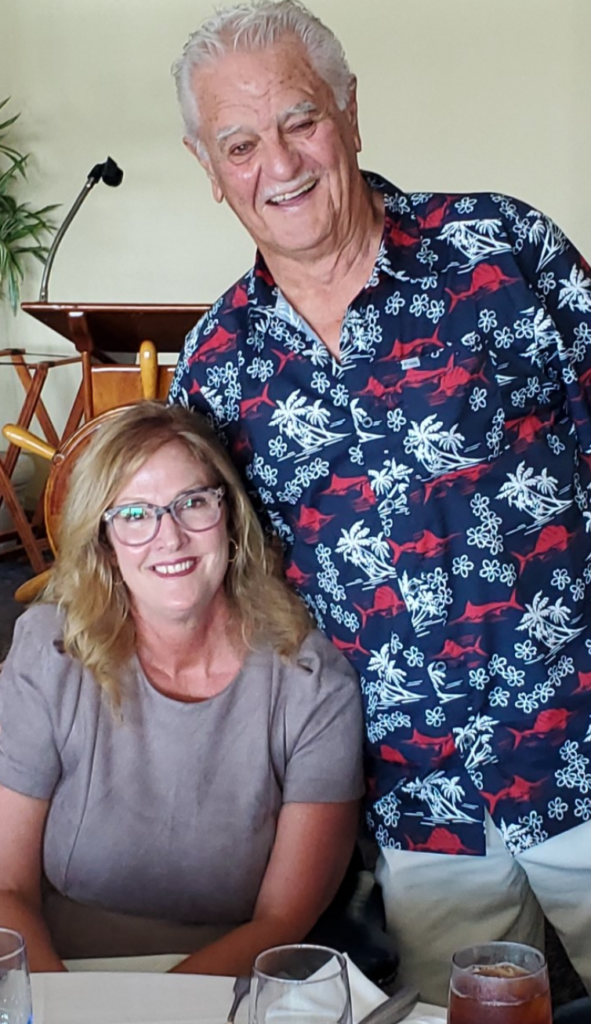 Cynthia commented on the recent flag incident, where a 11th grade English teacher disrespected the American flag, having her students instead salute a LGBTQ flag; and mentioned our involvement. Ken Dufour and Jerry Nininger met with Mike Wagner, the principal of Back Bay, and replaced the American flag which had disappeared from her classroom. The incident was reported in the Daily Pilot. (Ed. Note: an article was published in Stu News Newport in Tom Johnson’s column, “Fair Game”, in the September 3rd issue which also mentioned ECNH’s involvement.) Cynthia assembled a list of ECNH members who are veterans, and, in honor of Veterans Day, November 11th, the Back Bay and Monte Vista High School students will be honoring them.

Two Youth programs were summarily approved by the ECNH Board last month and will be funded for the upcoming year. The first was “The Buddy Bench” or Friendship Seat Program, to provide inclusion for children who may be shy, reserved, new to the school, lonely, have a language barrier that makes it harder to make friends, etc. Cynthia is presently working with the Programs Coordinator for the elementary schools in the Newport-Mesa School District to obtain materials, plan program strategies and set up guidelines. Once approval is received, Cynthia will set up a committee which will govern the development and implementation of the program. Any and all who are interested, please contact Cynthia.

The second program was the Youth Patriotic Art Contest, which will have two divisions, elementary and middle schools. This program will be tied in
with the Field of Honor, and the winners’ individu- al original artwork will be displayed there.
Cynthia also com- mented on “Story Time with San- ta”, during which Santa and his Elves would have attended assem- blies at a number of local schools to read stories to the students, and dis- tribute candy-canes in celebration of the holiday season. Because of COVID, visitors to the school campuses will be prohibited this year. Cynthia presented an alternative where Santa and his Elves would be part of a Zoom program produced by ECNH and broadcast to the schools. This would likely expand the program to a larger number of schools within the School District.
Congratulations to Cynthia for her exemplary commitment to the local youth programs and to our Club! 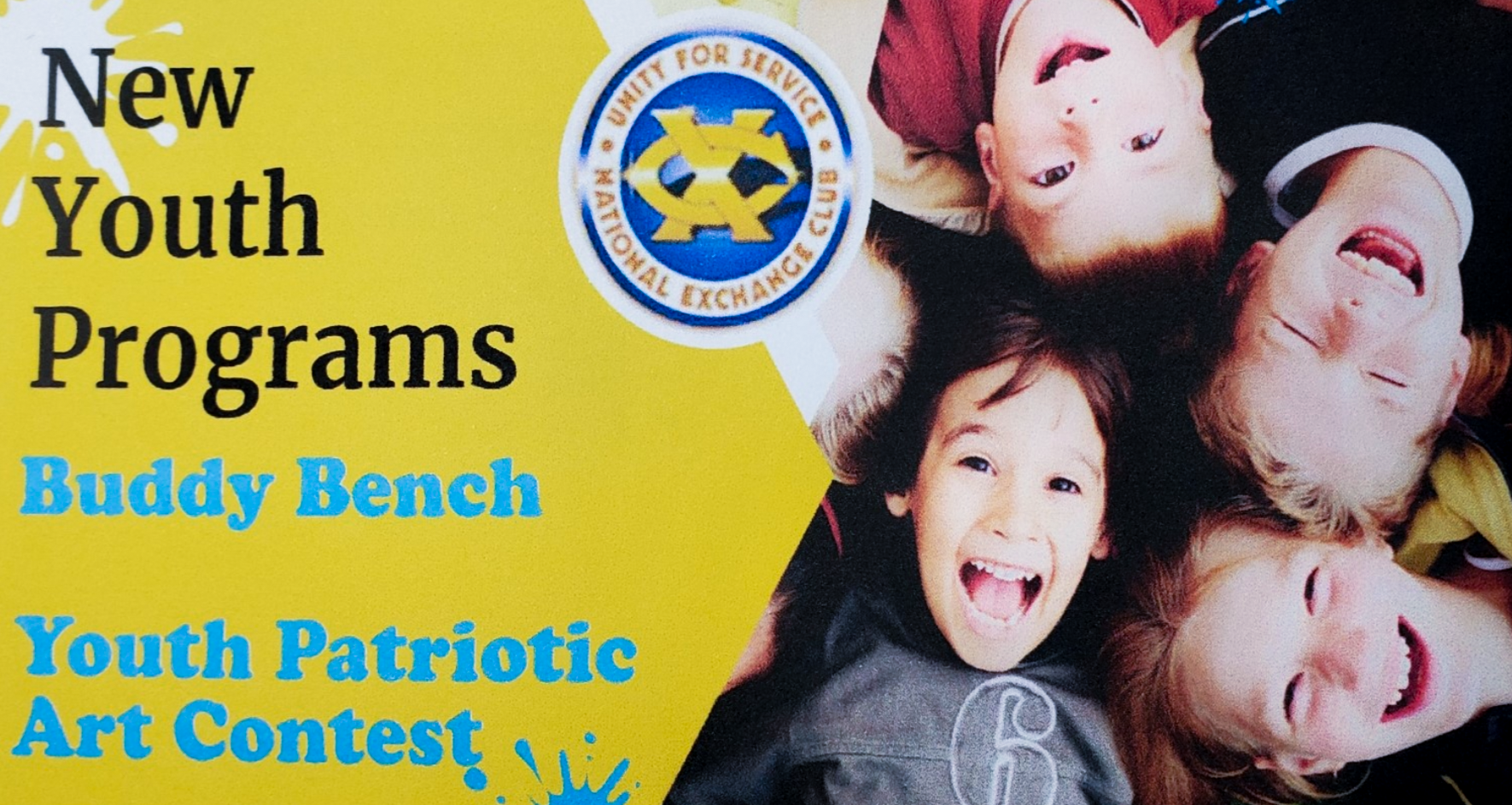 President Mike Gertner put on his Football Commissioner hat and presented his first football report for the season. There were 20 college games in the first pool, with 14 participating members. Of the 20 games, the winning number was twelve, and there was a four-way tie: Bob Kinton, Mitch Mitchell, Ed Romeo, and Gail Demmer. Each winner received $6.

COVID is, unfortunately, still here with us, and there is a good possibility that booster shots will be made available to all of us. It is recommended by the CDC that the booster be administered about 8 months following the initial regimen of COVID shots.....Both Moderna and Novavax are working on a combined COVID and Flu booster shot. In the meantime, you should plan on getting your flu shots soon. Flu season (if we have one) will begin in October and last through April. Generally, the best time to get your flu shot is at or about the first week in October.
STAY SAFE -D.S.

Luncheon meetings are held at the Bahia Corinthian Yacht Club in one of the banquet rooms beginning at 12 noon, with lunch being served at 12:20 pm. You will be emailed an invitation two days before the meeting.
Please notify Bob or Richard if you are planning on attending.