The weekly luncheon meeting convened Thursday at noon in the dining room of the Bahia Corinthian Yacht Club. 20 members and our guest speaker, Erik Weigand, were in attendance. President-Elect Shirley Lashmett opened the meeting in the absence of Pres. Ken DuFour, who is on vacation. Jeff Yeargain gave this week’s invocation, asking our Creator to free us from disease, and protect our military personnel and first responders. Dr. Bob Wood, our hardworking Jack-of-All-Trades, led us in the salute to Old Glory. Today’s tasty luncheon started with salad, followed by Salisbury steak patties, potatoes au gratin, and seasonal vegetables (yummie!)

Jeff Yeargain commented on the current Covid pandemic, stating that people are still dying from it, with the great majority of serious cases occurring in the elderly. For those who have not been vaccinated or have not received boosters, they are available through your physician or your pharmacy. ED NOTE: In addition, now is the time to think about getting your annual flu shot as well!..........Our resident Football Commissioner, Mike Gertner, summarized the results of the Week 3 Football Pool. There were 23 players, with Jeff Yeargain being the low man (6 right answers), and Mitch Mitchell getting the $30 prize with 16 correct.....Mike Gertner was a $50 winner of this week’s MNF Football Book. Mike is currently on a win streak, also having recently won a weekly raffle as well. He states that until very recently he has gone for 40 some-odd years without winning anything!.....Secretary Richard Swinney announced that this year’s Field of Honor netted about $20,000, of which half has been donated to the Marines 1:1 Foundation....Next week’s meeting is scheduled to be Spouses’/ Significant Others’ Day. The speaker is to be determined. 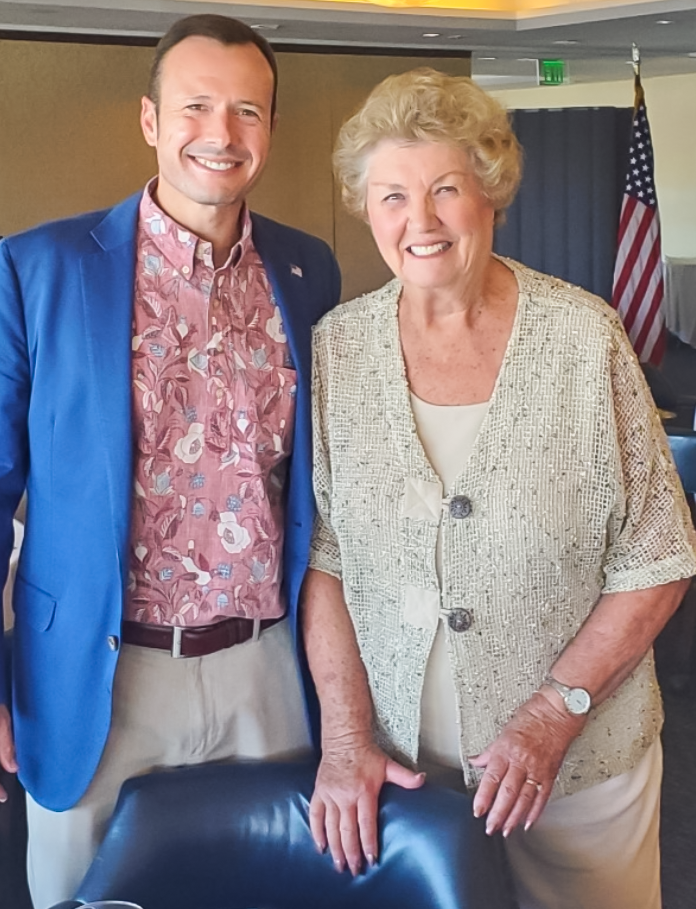 Our own Diane Daruty introduced our speaker, Erik Weigand, who is a candidate for the Newport Beach City Council, District 3. Born and raised in Newport Beach, Erik graduated from Chapman University with a degree in criminal justice. Erik has had over 20 years of legislative and political experience, working with Federal and State legislators, County supervisors, and city councils throughout Orange County.

Erik began by expressing his appreciation for everything that Exchange is doing for the community, and specifically mentioned our Field of Honor. He is currently working for State Senator Pat Bates, who is representing the 36th Senate District, encompassing parts of Orange and San Diego Counties, since 2014. (She is now again seeking election to the O.C. Board of Supervisors.)

Erik has been serving on the Newport Beach Planning Commission for the past 8 years and has been appointed to represent the West side of the bay, which has been underrepresented in the past.

Erik’s mission is to continue dealing with the major problems facing our community, including homelessness, crime, housing, harbor issues, and implementing (or pushing back) on state policies coming down from Sacramento. He outlined what he feels are the major concerns the city faces. With respect to public safety, he notes the increased incidence of home robberies, theft of catalytic converters on vehicles, etc. Most of these events are perpetrated by people who do not live here and are allegedly promoted by gangs who may be threat- ening or intimidating housekeepers and service workers who have access to our homes. He feels that we can mitigate these problems by fully funding our police department, by having a competent District Attorney, and by fighting back on State mandates to minimize the penalties for those who commit these crimes.

With respect to homelessness, a lot of money is being spent to develop and promote “sober living (i.e., recovery) homes”, which often attract people, e.g., addicts, drug users, from out of state. There is a significant correlation between past occupants of sober living homes and crime. When patients leave these homes, they commonly return to the habits that brought them there in the first place, and since they usually have no reliable source of income or benefits, they revert to stealing, home and business robberies, etc., to support their habits.

Other issues that are important in our community include (1) where to build increased affordable housing mandated by the State, and the consequences, e.g. traffic control, parking, etc.; (2) airport issues, such as noise, flight patterns, etc.; and (3) local concerns, such as electric bikes, which are potential hazards, since current regulations do not require an e-bike to be licensed if its maximum speed is 25 mph or less.
When asked by Jeff Yeargain how to justify N.B.’s $360MM budget as compared to other cities with similar populations but much lower budgets, Erik feels that the city is being fiscally conservative, that we are a full-service provider: that we have a hospital, airport, harbor, and are a significant tourist attraction. Most other cities do not have these full-service components.

RAFFLE – Today’s raffle winnings were shared by our raffle coordinator, Shirley Lashmett, and Mike Call, each of which took home $20.

This week we will be at the Bahia Corinthian Yacht Club. Lunch will be served at 12:20 p.m. You will be emailed an invitation two days before the meeting. Please notify Richard Swinney by this Wednesday at 2 pm if you are planning on attending. 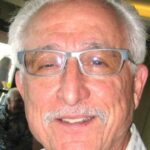