PRESIDENT’S MESSAGE
(Ed. note: This is the inaugural segment that may become a monthly segment of the Spindrift)

The O.C. Child Abuse Prevention Center, now renamed the Priority Center, will be holding its Annual Gala on Saturday, March 21, 2020 at the Pa’sea Hotel in Huntington Beach. A signup sheet was circulated at the meeting regarding attendance at the event. At our Board meeting this month, we will discuss and vote on the Club contributing up to 50% of the $300 per person cost to attend the event, which is their big fundraiser. The Club does this for two reasons: to subsidize members in order to encourage their attendance; and to further support our mission, which is child abuse prevention. Please give me your opinion on whether or not the Club should contribute up to 50% of the cost of attending the gala, and email me your response ASAP to kendufour44@gmail.

com. On behalf of the Board, I want to thank you in advance for your input. Ken.

OPENING
President Ken opened the meeting with a plea to our Supreme Being to assist us in better serving ourselves, our families, and our community. This was followed by our salute to “Old Glory”, ably led by Deane Bottorf .

NEWS AND VIEWS
President Ken distributed a handout published by the National Exchange Club promoting the observance of National Child Abuse Prevention Month in April with their “Believe in the Blue” campaign. For information about this program, please visit their website, info@NationalExchangeClub.org...Shirley Lashmett forwarded an email that she received from National describing the destruction and impact of the tornados on the lives of Exchange Club members in the Donelson and Mt. Juliet areas of Tennessee near Nashville. National is requesting donations to the Exchange Disaster Relief Fund. Please visit their website, www.nationalexchangeclub.org/donors, or text “Relief” to (419) 800-0358.

ANNOUNCEMENTS
The Exchange Club of Tustin is hosting a Flamingo Bingo Night on Saturday, March 28, 2020, from 6-9 p.m., at the Clifton C. Miller Community Center, 300 Centennial Way, Tustin. The cost is $45 per person and includes dinner and dessert, multiple bingo games, no-host wine/beer/soda bar, and 50/50 raffle opportunity. You can purchase tickets online at http://bit.ly/Flamingo2020 or send a check payable to the Exchange Club of Tustin to M’Lis Fox, 19 Westport, Irvine, CA 92620. For more information, you can contact M’Lis Fox at (949) 233-9726 or Bonnie Solomon at (949) 310-6815. President Ken commented that other local clubs have participated in many of our functions in the past, and this would be a good opportunity for us to reciprocate!.... The Field of Honor Committee will have its next Flag Rehab Day on Monday, March 23, beginning at 9 a.m. at the Newport Beach Utility Yard on 16th. 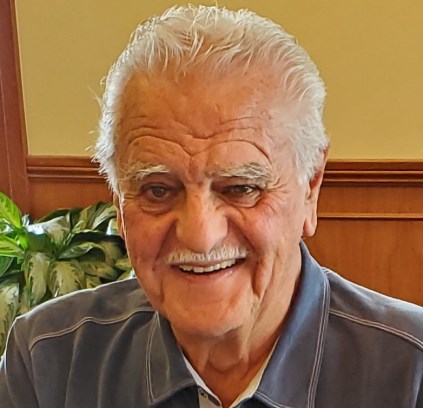 PROGRAM
Program Chairman, Mitch Mitchell, announced that our scheduled speaker from the Marine Mammal Institute called in with the flu, so Mitch obtained the services of Jeff Yeargain, who graciously became our featured speaker of the day! (As an aside, please contact Mitch if you are willing and able to make a presentation in a pinch, i.e., have something interesting and informative to talk about when a scheduled speaker cancels out.) The subject of Jeff’s presentation was “How I Beat Cancer”, and he began first with the startling statistic that one in two men will get cancer in their lifetime; and, secondly, that the great majority of cancers are curable. Jeff was diagnosed with tongue cancer on January 7, 2019, and on February 5 he had surgery where one-third of his tongue and 22 lymph nodes were removed from his neck. During the process, he had 53 radiation treatments and 6 chemo treatments, and he was happy to report that his last Positron Emission Tomography (PET) Scan indicated the absence of cancer. Jeff then presented a primer on current treatment strategies, beginning with seeking treatment as soon as possible after diagnosis, and selection of the best venues, practitioners, and surgeons. He presented a list of the National Cancer Center approved comprehensive cancer centers in Southern California, including City of Hope, UC San Diego, UCI, UCLA Medical Center, and USC Norris Center. His outline included a definition of the different stages of cancer (Stage 1 through Stage 4), along with the 5-year survival rates of the most common types of cancer. Current pharmaceutical therapy most recently includes immunotherapy, which targets cancer cells by activating the body’s own immune and defense mechanisms and which have been effective in putting even the most severe Stage 4 (metastatic) cancers into remission.

Jeff emphasized a number of important points which he feels were significant in beating his cancer diagnosis. Firstly, don’t waste any time in seeking treatment as soon as possible. Secondly, look for the best practitioners, i.e. those who have treated a large number of patients with the same disorder and who have practiced in hospitals and surgical facilities which have been accredited and have the best reputation. If you can afford it, he suggests that you get a form of health insurance which is other than HMOs, which often have bureaucratic delays in treatment; it’s best to go to a specialist (preferably a Board-certified practitioner) when seeking medical care and not a family practitioner. He advised avoiding spraying of toxic chemicals as a means of pest control inside the house; filtering your water supply to remove toxic substances; and protecting your skin by using gloves when using chemical fertilizers. Jeff has had an advantage in that his wife is a Board-certified internist specializing in rheumatology. He has offered to provide referrals to the best physicians in the area. 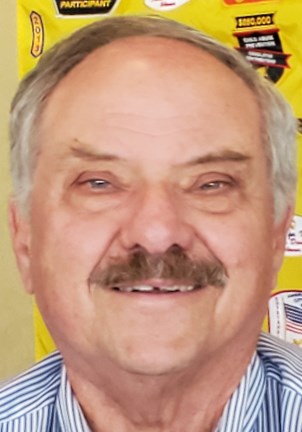 Last week’s raffle winner won with both his tickets! Congratulations to Jerry Nininger for winning $30 with his $2 investment!

This week’s greeter is Leo Fracalosy, who has been a very active member of our Club for 13 years. Leo has served as President for 2 terms and is currently on our Board of Directors. Help support our Club by buying raffle tickets from him this Thursday!