Immediate Past-President Mike Gertner opened the meeting, which convened at the Newport Rib Company in Costa Mesa. I counted 16 members in attendance, along with our speaker for the day, Dr. Terry Welsh. President Ken DuFour couldn’t attend, as he is recovering from Covid. (He is well on his way to recovery). Mike called on our Program Chairman, Mitch Mitchell, to give the opening prayer. Mitch expressed gratitude to our Heavenly Father, for the opportunity for us to get together, and for those of us, our friends and loved ones who are sick and in recovery, to get well soon. Gina Lesley led us in the salute to our Grand Old Flag. Lunch included ribs, chicken, baked beans, mashed potatoes, coleslaw, with corn bread and honey butter.

Mike Gertner, who is also our Football Commissioner, announced the results of the Week #5 Football Pool. There were 20 players who participated; of the 20 games that were selected, 10 of the winning teams were favorites and 10 were underdogs. Marj Davis got the booby prize this week for having only 3 right answers (the lowest recorded score in history, according to our Commish); Mitch Mitchell and Susan Abrams both tied for second place (both having the same tie-breaker number of 48) and each won $5; and the winner with 13 right answers was Jeff Yeargain, who won $23.....Mike announced that the rummage sale at the Oasis Senior Center was held last Friday and Saturday. Hopefully, our Senior Center spokesperson, Ed Romeo, will give us a report next week on how things went there.....Dr. Bob Wood announced that 1/3 of the Football books that we purchased from the District were not sold, so our club owned the winning book and we made some money.

George Lesley, our Public Relations Chairman, introduced our speaker for the day. Terry Welsh, M.D. is the CEO and founder of the Banning Ranch Conservancy. He and his wife and daughter moved to Orange County in 1995 and reside in Costa Mesa. He identifies as a “physician by day, and an environmental activist (i.e. “tree-hugger”) by night.” 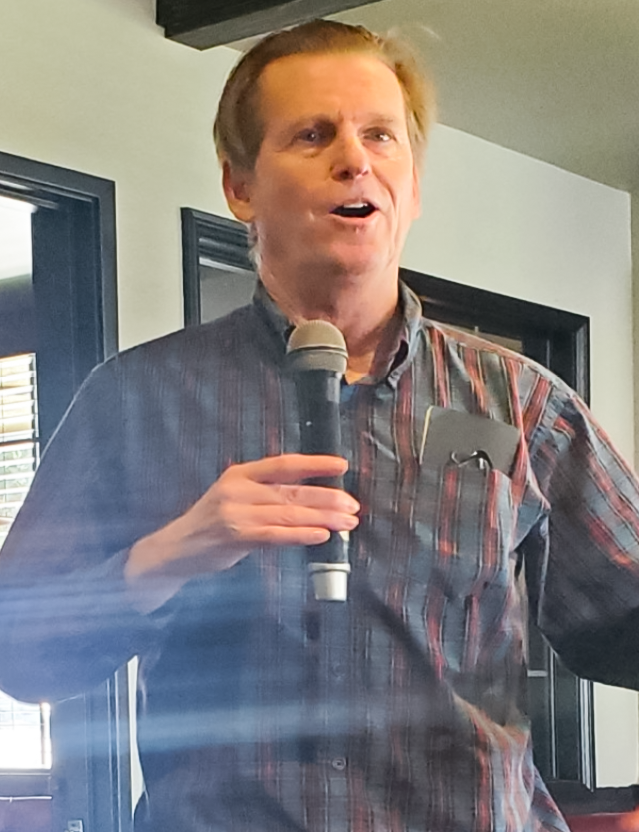 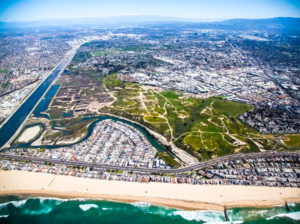 Banning Ranch is the largest parcel of unprotected privately owned coastal property remaining in Orange County. It consists of 400 acres, 2/3 of which is coastal mesa and the remaining third being coastal lowlands. There are oil wells on the property which are owned, operated, and maintained by a company called Horizontal Development, LLC. As of this date, the land is privately owned. Because the land is undeveloped, you will find within some residual rare habitats. It contains a vernal pool, a pond that is mostly dry until a heavy rain fills it up, resulting in a flourish of fairy shrimp, a species which undergoes a rapid reproductive cycle. It is also a critical 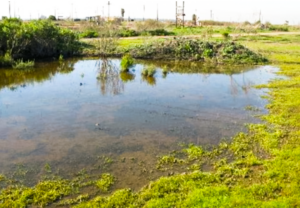 habitat of the California gnatcatcher, coastal cactus wren, and the western burrowing owl. There are few places where you will find these species.

The owners of the property have proposed projects to the Coastal Commission over the years to develop the property, including building homes, but permits for residential development have been denied largely because of its potential negative effect on the coastal habitat. The Banning Ranch Conservancy, which was established to preserve the wildlife there, has been pushing to have it publicly owned as a permanently open space, so that it can enjoyed by all. The owners of Banning Ranch have more recently decided to sell the property for open space purposes. The land was appraised at $97 million. Recently, Frank and Joann Randall, a wealthy cou- ple from Newport Beach, donated $50 million in their passion to keep Banning Ranch undeveloped; and in May of this year, Trust in Public Land, a nationwide land trust whose mission is to buy private property and make it public, was able to raise the remaining $47 million. Assemblywoman Cottie Petrie-Norris also participated and raised $8 million in the fundraising process. The property is currently in the last stages of escrow

and should close in the not-too-distant future. At that time, it will officially become public property. So, who will own it? It has become necessary for a public entity to take responsibility for its maintenance and upkeep. A competent state agency, Mountains Recreation and Conservation Authority (MRCA) has stepped up to oversee the development and maintenance of Banning Ranch as open space. The oil operations will continue to exist there, but the area in which oil will be pumped will be reduced to a 15-acre parcel and will hopefully be incorporated into the open spaces sometime in the future. 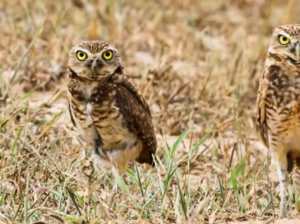 The Banning Ranch Conservancy is hoping that the land will be minimally developed, as a park, with trails, vegetation, etc.,
but it will be in the hands of a public agency to decide what its future will look like. For more information about Banning Ranch,
please visit www.banningranchconservancy.org.

This week’s meeting will be held at the Bahia Corinthian. Lunch will be served at 12:20 p.m. You will be emailed an invitation
two days before the meeting. Please notify Richard Swinney by this Wednesday at 2 pm if you are planning on attending.