LUNCHEON / ZOOM MEETING
President George Lesley began by leading us in a blessing on those men and women in the armed forces, especially the First Battalion First Marines, about whom we heard later. Our distinguished Field of Honor Chair Jerry Nininger led the pledge. Then George got us thinking with the mystery question, “What is the name of the island on which the Statue of Liberty rests? The answer is Liberty Island, part of the state of New York (Manhattan) but surrounded by the waters of Jersey City, NJ.

Mike Gertner, Football Commissioner, and President-Elect announced the exciting results for the first of many football pools. Roy Shlemon was last and will get his money back next week. There were five people with 12 correct, and the tiebreaker number was 26. In the running were Wach, Lesley, WC, Fracalosy (who got $5), and newish member Frannie Murphy, who claimed she knows nothing about football and beamingly accepted the $23.

PROGRAM
Our long-time Friend of Exchange, Jerry Strom was delighted to introduce our guest Speaker, Newport Beach Police Officer Joe Cartwright, the Chairman of the First Battalion, First Marines Foundation. The Board is shown here.

Unfortunately, the Exchange computer which had not been used for 9 months was so low in power that, even plugged in, it failed to work, so Joe told his great story with words but no pictures. A few of them are included in this issue. We will send out Joe’s prepared images to each of you getting the Spindrift electronically.

Joe’s own background is interesting. He mused whether we were wondering why the representative of the Marines would show up as a cop. He knew in November of his junior year in high school that he wanted to become a Marine, and was deployed twice. After his active life in the Marines, he went to college and got a degree in criminal justice, but they were not hiring, so he took a job with the LAPD. Then he found “this beautiful town” (NB) and proceeded through the following positions: patrol officer. accident investigator, fraud detective, robbery-homicide detective, patrol sergeant, internal affairs, area commander, traffic commander, and now he’s the executive officer to the chief of police.

Joe’s Marine Corps background was also perfect for him to become involved in the good things the 1:1 Foundation does, such as barracks renovation and painting, providing super meals at Thanksgiving, supporting the USMC scholarship event, and assisting our project, the Field of Honor both with labor to install the flags and to provide distinguished personnel for the ceremonies. He told of some events during training at Camp Pendleton, one of which involved an assault vehicle that hit a gas line and the fire was so intense that even the rifles were bent. See photo. 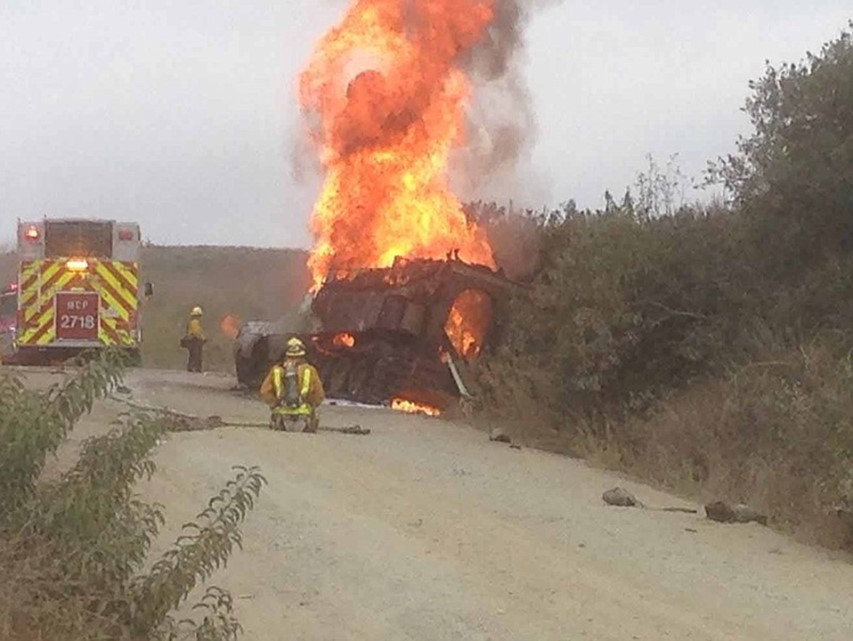 He got some good questions: Q. How do units get deployed? A. Size of conflict determines the size of the unit. Q. How large is the 1:1? A. 1100 to 1200, most of them 18-19-20 years old, essentially managed by one colonel and one sergeant major who are very experienced. Q. What are typical sizes/unit? A. 4 in squad, 20 in a platoon, 4 platoons in a company. Q. What are today’s enlistment options? A. 4, 6, or 8 years. Career personnel typically stay 25 years. He noted there are many more rules to be a good police officer than to be a good Marine. Thanks so much, Joe Cartwright, for a fascinating and personalized presentation. 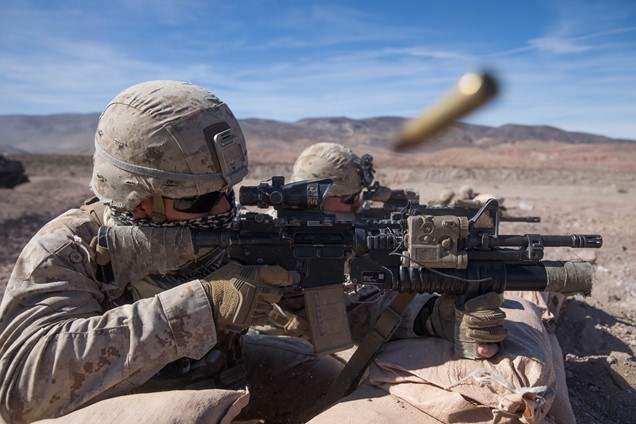 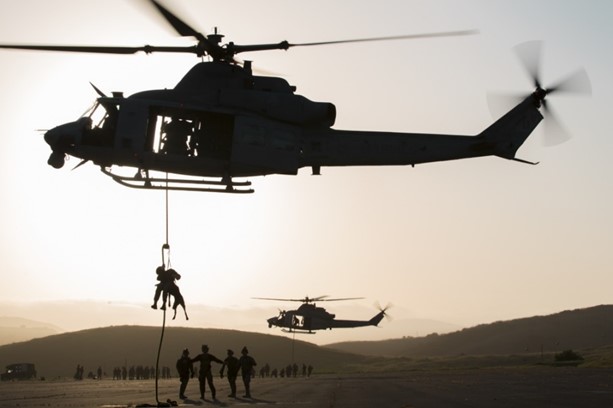 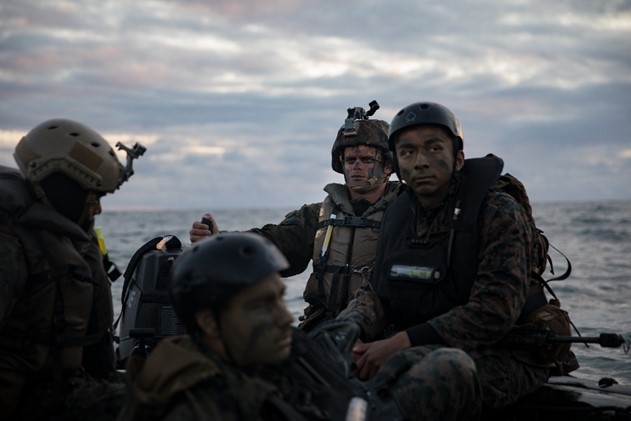 NEXT WEEK
Business meeting with “three-minute” talks from members. 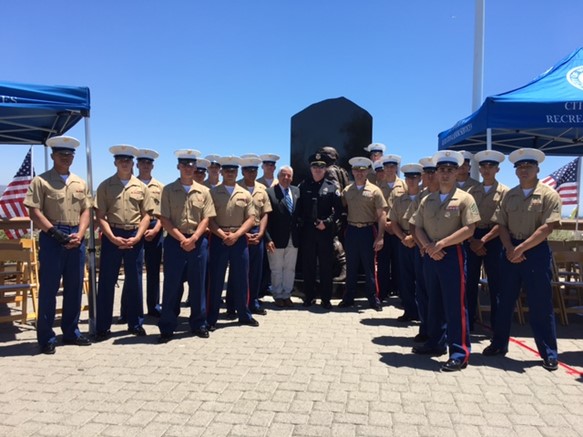 Dress uniforms at the Field of Honor
Posted in 2020, Spindrifts